The 651st academic year at the JU has begun: “inspired by the past we look to the future.”

As each year, 1 October 2014 marked the start of the new academic year at the Jagiellonian University. The festivities begun with a Holy Mass celebrated by Cardinal Stanisław Dziwisz in St. Anne's Collegiate Church. It was followed by a very spectacular customary procession of professors in gowns, who marched from Collegium Maius to Auditorium Maximum at ul Krupnicza. They were accompanied by students, university staff, and citizens of Kraków. At Planty, the procession stopped at Collegium Novum, where flowers were laid under the Freedom Oak and a plaque commemorating King Vladislaus Jagiełło, one of the University's founders, was unveiled.

The main ceremony begun at 11.00 am in the JU Auditorium Maximum. The guests, including members of local, regional and state authorities, foreign consuls, and representatives of Polish and foreign Universities and other research institutions, were welcomed by the Rector of the Jagiellonian University, Prof. Wojciech Nowak.

In his opening address, the Rector announced that this is a great moment to sum up and conclude the celebrations of the 650-anniversary of the JU foundation and invited the audience to watch a short movie about the Jubilee.

The rector said that in its 651st academic year, the Jagiellonian University should focus on the future, and make its educational offer even more competitive and attractive, through its high quality, excellent teaching staff and, probably most of all, its further internationalisation. He also stressed that the students' needs and aspirations should always be taken into account. 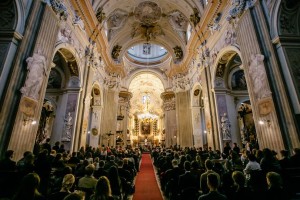 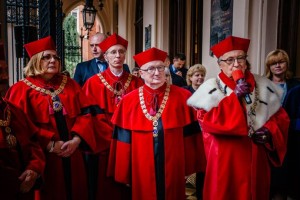 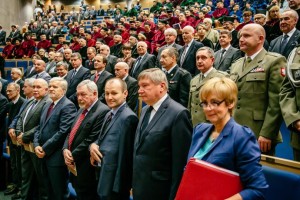 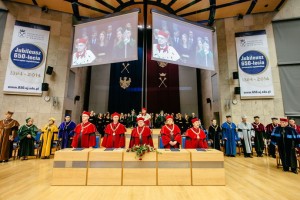 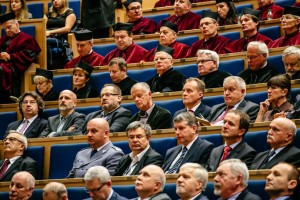 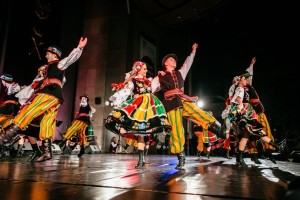